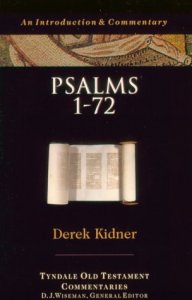 Derrick Kidner offers these observations about the structure of Books of psalms:

For these and other reasons, there seems to be evidence that there was a deliberate design to the which psalms go where in Psalms. However, it is much harder to figure out what exactly that structure is and what it means. Kidner says:

“The picture that emerges is a mixture of order and informality of arrangement, which invites but also defeats the attempt to account for every single detail of its final form.”

In other words, there is some kind of structure, but it probably cannot be imposed upon every single psalm. Kidner offers this interesting analogy:

“Its structure is perhaps best compared with that of a cathedral built and perfected over a matter of centuries, in a harmonious variety of styles, rather than a palace displaying the formal symmetry of a single and all-embracing plan.”

This is a helpful analogy. But one trick is that there certainly was a process of redaction in Israel’s history–an updating of the text and ‘revisiting’ of the material. And if there is any book of the Bible where later editors could significantly move pieces around without much trouble, it is Psalms (remember, the Psalm numbers are not inspired by God). And so, hypothetically, Israel could have re-assembled the Psalms into a single palace-like all-embracing plan if they so desired.
However, the usefulness of Kidner’s analogy is that it cautions us against overstating the case for a connection between this or that Psalm when compelling and actual evidence runs short.

What I’ve Been Reading Lately